The Flying Saucer Poetry Review is a quarterly, online literary journal devoted exclusively to poetry and artwork about the UFO phenomenon.

“Thank you for adding a literary voice to the experience.” ~ Dr. Vali Hawkins Mitchell

The Flying Saucer Poetry Review is a quarterly, online literary journal devoted exclusively to poetry and artwork about the UFO phenomenon. We are looking for intriguing and enthralling writing and art that presents and attempts to process the seemingly inexplicable and leaves you unsure of what just happened, much like the UFO phenomenon itself. Unbounded creativity in the exploration and treatment of this subject matter is highly prized.

If you love reading and writing poetry that is unabashedly, 100% UFO-centric and if you love seeing and creating artwork that is also unabashedly, 100% UFO-centric then you have come to the right place! The name of this literary journal obviously embraces the subject matter, using the term which was popularly applied to describing the phenomenon in the early days especially, but it is also very specifically a nod to Ray Palmer’s Flying Saucers magazine of the 1950s–1970s. As well, it directly references The Flying Saucer Review, a Seattle-based publication of the 1950s that, you guessed it, covered the UFO phenomenon and Flying Saucer Review, a London-based publication of the 1960s and 70s that explored fortean and UFO phenomena.

To the best of our knowledge, this is the first and only literary journal of its kind, dedicated exclusively to poetry and artwork about the UFO phenomenon. We would like to think of UFO poetry as being a sub-classification of speculative poetry, but that implies that UFOs are beyond reality and of that, we cannot say, and it might also imply that the UFO phenomenon itself is purely fictional, which, of course, it is not. Perhaps, though, UFO and poetry should be combined to form a new word, UFOpoe, with this portmanteau serving the dual purpose of honoring Edgar Allan Poe, who is widely considered to be the “father of speculative poetry.”

A print version of this journal is in development.

Unidentified flying objects. UFOs. Flying saucers. It can be a positively enthralling moment when one first learns of them, potentially laying the foundation for a lifetime of fascination in the subject. If you’re reading this, such may hold true for you. Maybe this literary journal will be exactly what you were looking for, the creative outlet for that UFO obsession of yours. It is just that for us, that’s why we put this thing together in the first place!

The rebranding of unidentified flying object (UFO) to Unidentified Aerial Phenomena (UAP) by the Pentagon is the newest iteration in this long and mesmerizing tale. It will be interesting to see how all of this develops in the coming years. In the meantime, let’s write some poetry and create some artwork about UFOs!

The Academy of American Poets does a great write up on serious poets who have delved into writing about the UFO phenomenon in an article titled “Poems about Aliens,” published July 1st, 2007, in anticipation of that year’s World UFO Day. It’s a great read.

Back to UFO poetry and artwork. Perhaps writing a poem or creating artwork about your own personal UFO experience would be cathartic, allowing you to express the sense of awe, sheer terror, mystifying intrigue or some combination thereof that you may have felt during such an experience. Or, write a poem or create artwork about what you would imagine such an experience to be like, it could be an expansive foray into your creativity. Alternatively, you might take a more philosophical approach and poetically divine the possible outcomes of a universally acknowledged alien visitation. Would our traditional belief systems fall and blink out of existence like so many sparks hammered from the soul of humanity upon the cataclysmic anvil of colliding civilizations; or might it evolve the state of our spirituality and strengthen our religious convictions? Are less technologically advanced civilizations always doomed to be conquered in ruinous fashion by those more advanced? Might alien contact bring us closer together as a species, even in the absence of a The War of the Worlds type of scenario, unifying us in a shared sense of humanity and home planet or perhaps divide us even further? The questions and possibilities are profound in their nature and scope and pretty well unlimited.

While the following brainstormed list pertaining to the UFO phenomenon is by no means exhaustive, it should serve to shine a spotlight on what you already likely know, namely, what a remarkably rich source of material and inspiration this phenomenon provides to poets and artists who are so inclined to pursue this particular pathway through their imagination. It may serve to further fuel your obsession with writing UFO poetry and creating UFO artwork or it may inspire you to write your first UFO poem or paint your first UFO picture. So much amazing material for creative expression is provided by this phenomenon that it positively boggles the mind. This literary journal exists to explore every facet of this fascinating phenomenon with you through poetry and artwork.

Check out the UFO Poetry & Artwork Submission Guidelines in the dropdown menu. 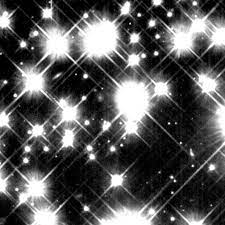