When I was a kid, I loved comic books (Hergé’s Tintin more than anything) and the syndicated comic strips found in the newspapers. I confidently proclaimed that it was my intention to become a cartoonist. So, my grandparents got me a subscription to Jud Hurd’s Cartoonist Profiles, a wonderful magazine that provided an inside look into the world of the professional cartoonist. Mr. Hurd was a friend of my grandfather’s and I got to meet him on a trip to New York City in the early 80s. I thoroughly enjoyed reading the profiles but more so, I liked the black and white photos of the cartoonists hunched over their easels, working to create their art. Alas, my talent for cartooning was not quite what it needed to be but that didn’t keep me from trying, somewhere into my mid-twenties. I submitted one to the Seattle Weekly but it was soundly rejected. I had intentions of submitting them to Playboy but did not (they carried a whole spectrum of cartoon art, not just risqué stuff). Most of all, I contemplated sending them to my absolute favorite magazine of all time, Omni; but that didn’t happen either (in part, because the magazine ceased publication in the mid to late 90s to my great and everlasting dismay). Volunteer editor, Tom Sloane, always a reliable voice of critical reasoning, told me one day that if I was going to have accomplished anything with my art, I would have already. Thanks. I remember that I had been going on about my art plans and I think that perhaps he was trying to impart a more realistic perspective, as he had painted years ago, having had at least one gallery show that I can remember, in Napa, California. Well, I loved creating my UFO cartoons and kept at it. Entertaining the ever-sustaining thought of becoming syndicated kept me up late at night burning the midnight oil. I bought some good art supplies, too, from a well-known art supply shop downtown. Nothing ever came of it, though, except this story perhaps; but here’s what I learned: I had kept at it, long after arriving at the realization that it wasn’t going to amount to anything, simply because I enjoyed creating that artwork, I enjoyed the process and the inspiration I felt — and the potential for a breakthrough. And that’s really the point of it all, doing something because you love it, even if you’re not particularly talented at it. What should I have been doing instead — watching football (the Seattle Seahawks were lousy back then anyway)? Not trying at all? You have to commit to your vision, making a concerted and sustained effort to achieve a personally meaningful ambition. If you ultimately fall short of reaching your goal, so be it, for at least you will have tried. That’s what really matters. If you’re reading this, you can probably relate. Keep burning the midnight oil and don’t quit, not for one second. Your aspirations and inspirations deserve no less. 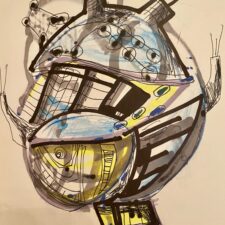 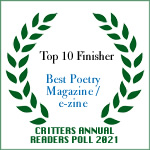 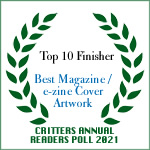 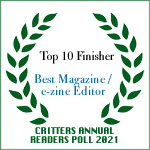